Castleton University
« Back to Recent News

Castleton, VT (07/19/2018) — CASTLETON, Vt. - Keeping Castleton on the cutting edge of research in human behavior, the Psychology Department recently invested in a virtual reality lab located in the Jeffords Center. Purchased in March, the interactive lab will allow students and faculty members alike to delve deeper into the abilities of virtual reality in a variety of settings.

"The virtual reality lab is already enhancing our student experience, allowing students to design and implement scientific studies that wouldn't be possible without this technology," said Assistant Professor of Psychological Sciences Greg Engel, adding that the equipment is currently being utilized for a study on the effects of caffeine on stress.

The technology uses an Oculus Rift virtual reality system to immerse users in a virtual world. It does so by sending separate images to each eye creating three-dimensional images and precisely tracking head and hand movements with special infrared cameras to allow interaction within the virtual space.

"The uses of the Oculus set up expand well beyond what even I could think of," explained junior Psychology student Weslee Thompson, who is planning on utilizing the equipment for a study that looks at how virtual reality can be used in a medical setting. "The rift allows us to access software from around the world that is on the cutting edge of technologies. I am far from a coder, but the resources that have become available to us are really staggering."

The department hopes that students will take advantage of the unique, high-tech resource while on campus, opening doors to endless new and innovative research opportunities.

"Remaining on the cutting edge of research is the best way to teach our students about science, and prepare them for careers in science after school," said Engel. "Involving students in research is crucial to higher education, where we're not just teaching what is already known but also how new knowledge is generated and evaluated." 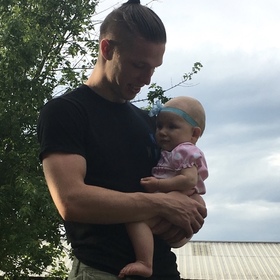