Castleton University
« Back to Recent News

Castleton, VT (02/12/2019) — The morning of February 3 began as many others have this season for the Castleton University alpine ski team: a successful first run by the women had the Spartans sitting atop the team leaderboard with five racers among the top 10 individuals.

The men's race got off to a quick start for the Spartans as well; Paul Rechberger and Logan Mackie each sat in the top five after strong opening runs. It wasn't until Babson College's Victor Wiacek took his first run that the day changed drastically for Wiacek and two Castleton women's skiers.

Racing down the mountain in the giant slalom, Wiacek was nearing the crest of a hill that would send him into the final half of the course when one of his skis came loose in a turn and slid across his thigh, causing a deep laceration in his left leg and severing an artery. Kylie Mackie and Linn Ljungemo were acting as gatekeepers at the point where Wiacek went down and sprang into action immediately upon seeing him crash. Both Spartan skiers are first-aid certified through Castleton's e-care class.

All three skiers are also friends outside of competition and Mackie has known Wiacek for most of her life. "We would have helped anyone," said Ljungemo. "But with it being Victor, we were so determined to help and keep him alive."

Mackie and Ljungemo, along with Mackie's father, Kurt, were the first individuals on the scene as onlookers waited for ski patrol to arrive and continue first aid.

"I heard my dad [Kurt] call for a tourniquet as he ran over," said Mackie. "I could hear Victor screaming as Linn and I were running up the mountain and ripping off our jackets. When we got to him I tied my windbreaker around his leg while Linn went up to his head to talk to him and comfort him."

University of Connecticut head coach, Bruce Diamond, who was nearby on the mountain, wrote in a letter to university administration that Mackie and Ljungemo "remained absolutely composed and focused as they calmly comforted the fallen athlete. Their actions prior to and after the arrival of ski patrol were critical to avoiding an irreparably disastrous result."

According to Ljungemo everyone was focused on helping Wiacek and their e-care training just took over. "Kurt and Kylie were very focused on his leg, and someone handed me a belt to tie a second tourniquet. Then I just turned around to his face and was talking to him to make sure he was awake and alert."

After many minutes of first aid on the mountain, ski patrol arrived with Wiacek at the base, where he was transferred to an ambulance and given blood in an attempt to stabilize his condition. After the initial plan to airlift Wiacek to Albany was altered due to poor visibility conditions, he was sent via ambulance with Mackie's father Kurt there for support.

On the mountain, Mackie and Ljungemo were questioning whether or not to take their second runs after helping their fellow competitor in such a situation. It wasn't until Wiacek reached out to the two skiers via Kurt and implored them to take their second run that they knew what they had to do. "We didn't want to do it [at first], but we had to do it for him," said Ljungemo. Ljungemo laid down the fastest second run of the day to finish second overall, while Mackie posted the fifth-best second run to place sixth on the day and help Castleton to the team victory.

With the ambulance originally scheduled to travel to Albany, onboard emergency personnel made the call to re-route to Saratoga as Wiacek sustained continued blood loss and needed stabilization at a hospital. The stop in Saratoga proved to be of the utmost importance, as a team of doctors-with assistance from Kurt-kept Wiacek conscious until they were able to replace a portion of the lost blood. The ambulance then departed from Saratoga to Albany, where Wiacek underwent successful surgery to stop the bleeding and seal the wound.

According to Associate Dean for Athletics and Recreation, Deanna Tyson, Mackie and Ljungemo saved Wiacek's life. "The young man's father called me and told me that the doctors in Saratoga said 'without the swift response on the mountain, Victor wouldn't have made it.' The actions that were taken by Kylie and Linn can be described as nothing but heroic. These two young women are not just incredible student-athletes but are a part of our Castleton community who were courageous and selfless in a time of desperate need. We are proud that they are part of our Spartan family."

Wiacek has yet to return to Babson, but he is at his home in New York on his way to a full recovery. He has already regained feeling in the leg and is able to move all of his toes, and plans to return to his campus in the coming days. During his recovery time, he has already begun looking into a way to make cut-proof racing suits more affordable and easier to access for racers of all ages.

Letters, phone calls and text messages from MacConnell Division coaches, parents and officials have flooded the inboxes of the Castleton ski team in the wake of the incident, each featuring the same few words: heroic, courageous and selfless. A day that could have ended in tragic fashion instead finished with positive news on all fronts thanks to swift action and composed demeanors by all parties involved. 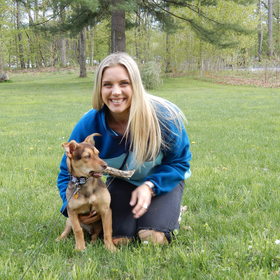 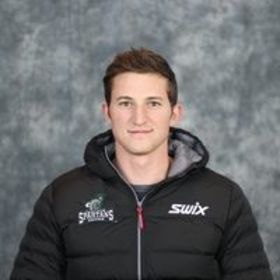